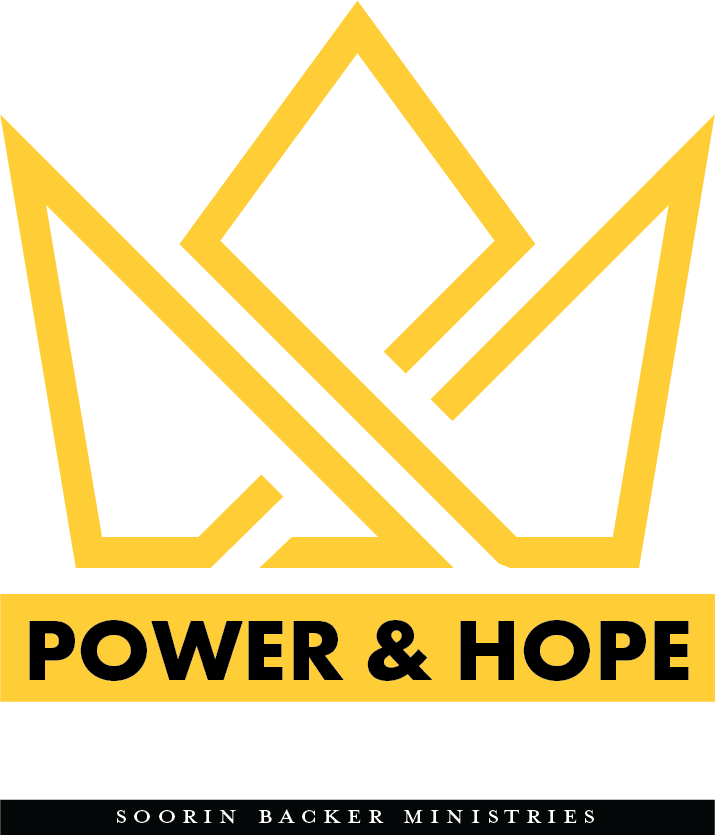 The purpose of the Power and Hope Conference is to Equip the saints with demonstrations of power to live out divine identity and bring in the harvest. Our vision is to raise up the ekklesia of the Kingdom to be salt and light to fulfill the mandate of “on earth as it is in heaven” 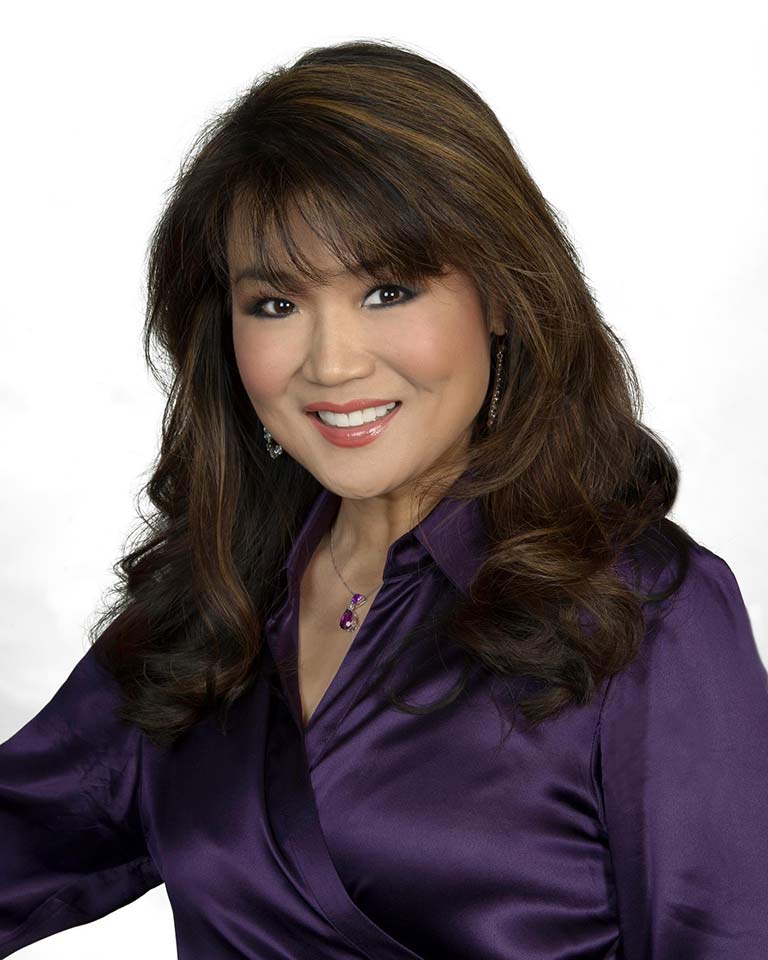 Soorin is a growing voice in the Kingdom for reformation and revelation. Her calling to heal the Body of Christ through tearing down religion to rightly establish the Kingdom is manifest in her passion for individuals and communities to live in freedom. Soorin is highly educated and continues to pursue formal education to rightly understand the holy scriptures. She studied at Fuller Theological Seminary for a Ph.D. in Clinical Psychology and a Masters in Biblical Studies. Currently, she’s enrolled at Global Awakening Theological Seminary for a Doctorate of Theology degree.

Soorin recently planted a church in Eugene, Oregon, called OARS and continues to host Power and  Hope Conferences, workshops and teachings through media. She’s the author of Women In Jesus’ Life that has been used by churches and groups for weekly study. Her ministry continues to be featured on multiple TV platforms and radio stations around the globe and her voice impacts nations as she travels on behalf of Jesus’ Kingdom. Her ministry is marked by passionate, dynamic, and revelatory teachings that equip others for greater impact. Healing, deliverance and the prophetic mark her services.

Soorin is happily married to Dr. Jonathan Backer and they share four adult children, two of them who are married, two grand-daughters, and are grateful for their growing family who worships the King together. 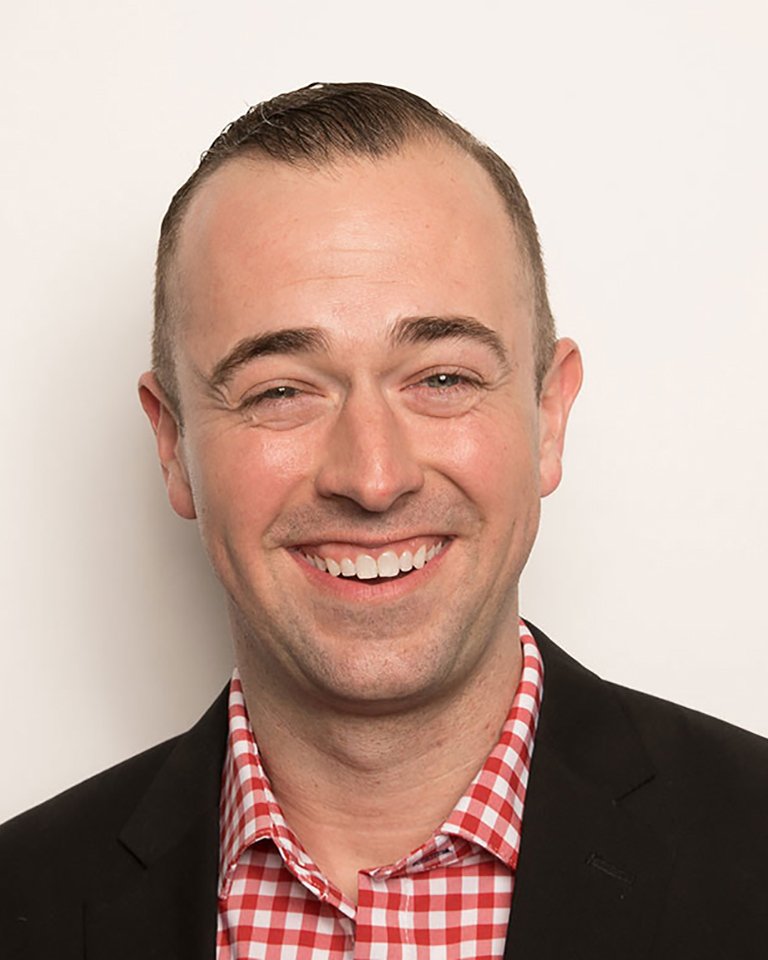 Darren was awarded the Dennis Yarnell Inspiration Award for outstanding contribution to the City of Newcastle in 2016 and has been featured in several prominent publications including The Seattle Times, King 5 News, NPR, Charisma Magazine, Renton Reporter, The Religion News Service, Evening Magazine, and Sid Roth’s It’s Supernatural.

Darren began to flex his ministerial muscles at the age of 27 when he became the Lead Pastor at Seattle Revival Center on Easter of 2009.

In 2016 his first book was released, Pattern Interrupt: Dismantle Defeat, Overcome Ordinary, and become a Rumbler. Today, he has helped hundreds of thousands with spiritual and practical guidance through pastoring, public speaking, conferences, consulting, and mentoring.

In 2021 Darren released his second book in 2021, Carve: How to Steward and Sustain a Move of God.

Darren holds a Bachelor of Arts specializing in Bible & Theology from Global University. He is committed to helping people deconstruct their incorrect framework of God. He engages people in reconstructing a healthy theology and opportunity for divine encounters that lead to revelation, breakthrough, and spiritual growth.

Darren consults with two neighboring cities and serves on multiple boards for churches, non-profits, and schools.

On May 8th, 2021, Darren Stott was installed as President of the global ministry network now known as Renaissance Coalition, an organization established by John G. Lake in South Africa (International Faith Congress) and then incorporated in Spokane, Washington in 1947 by his daughter and son-in-law, Wilford and Gertrude Reidt.  The organization exists to birth Kingdom Realities on the Earth through relationships, gatherings, equipping, and empowerment.

His call is to catalyze joy in the lives of people.

Connect with Darren at: www.darrenstott.com 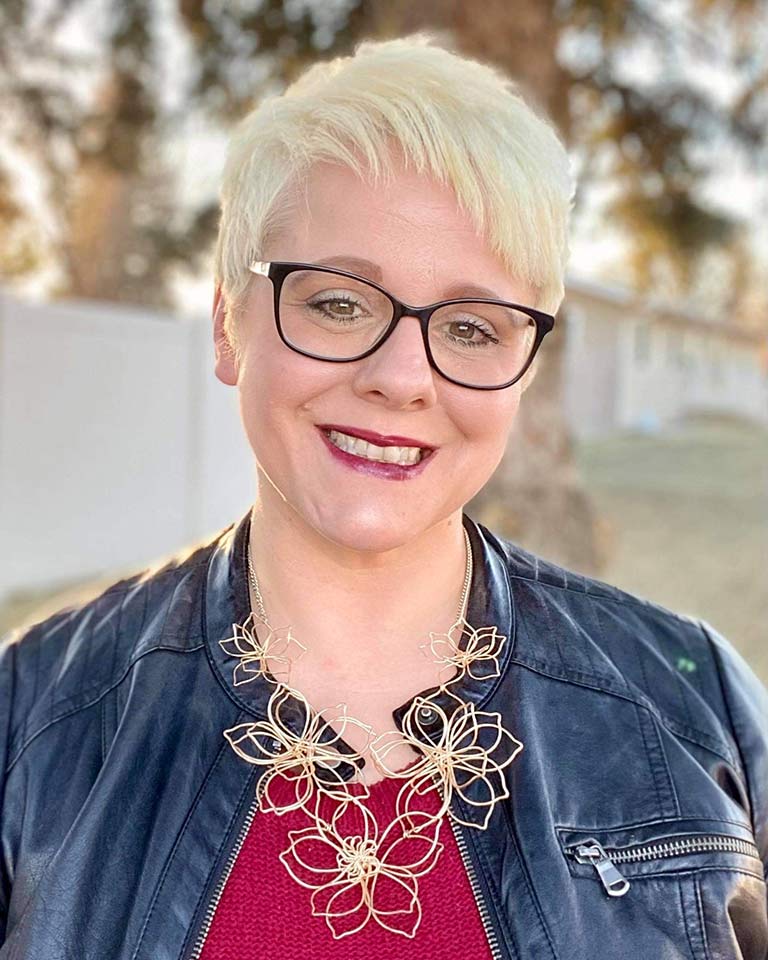 Elisheba Haxby is a pioneer in the Arts and Entertainment mountain and believes media is one of the greatest tools to reach this generation with the Gospel.
She’s a co-author of the Ninety-Nine Series and co-founder of Above the Sun Media a business committed to raising up a company of writers to release heaven to earth through creativity.
Elisheba is a graduate of the Bethel School of Supernatural Ministry and is passionate about worship, prayer, and writing.
She’s the founder of Company of David’s, a ministry that exist to heal the broken the hearted and to build up the body of Chris through extravagant worship, emotional health and ferocious faith.
Currently, she lives in Dickinson, North Dakota with her husband, son. On her downtime you’ll find her visiting the Oregon Coast with her family, riding ATVs, or roasting s’mores at their family cabin. 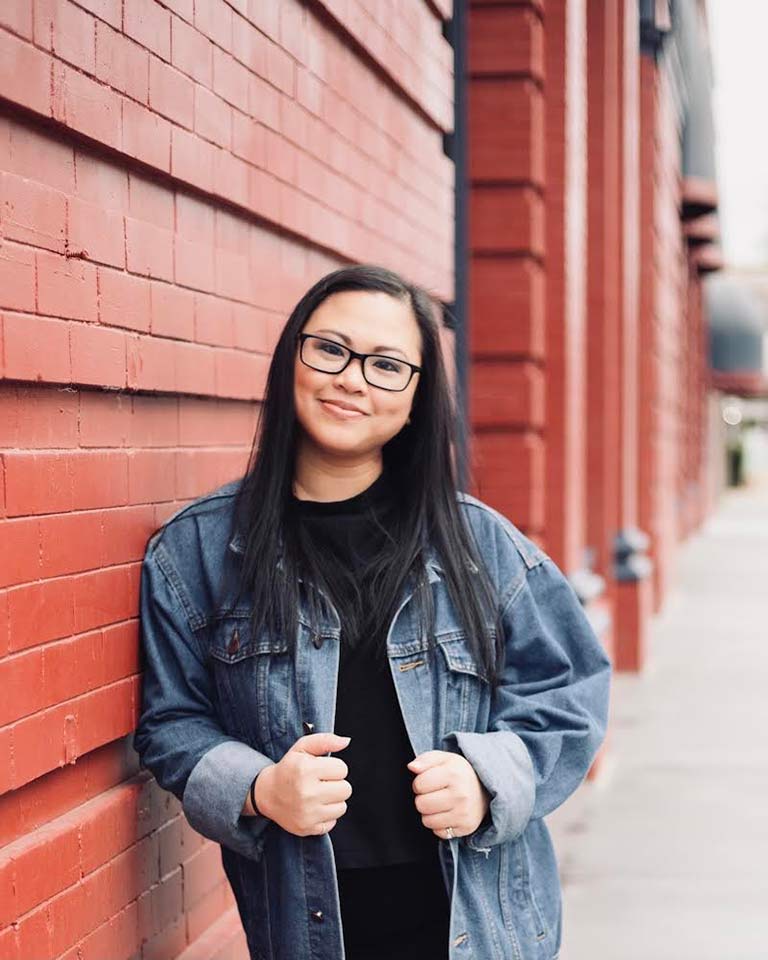 Lindsay Coil is the Co-Founder and CEO of Coil Coaching. She has a passion for equipping and empowering people to live a thriving life as well as to bring transformation within their chosen sphere of influence. Over the last 20 years, she has been part of leadership teams organizing and training groups in leadership, personal, and spiritual development.
Lindsay also travels as an inspirational speaker to various audiences around the world. She loves people and has a huge heart for women, leadership, legacy, and government. She has partnered with non-profits in different nations doing work in the prisons, trash dumps, schools, ministries, human trafficking, government leaders, and youth. She loves living a thriving life with her husband, Matt and their beautiful daughter, Madison.
For more info: coilcoaching.com
Read More 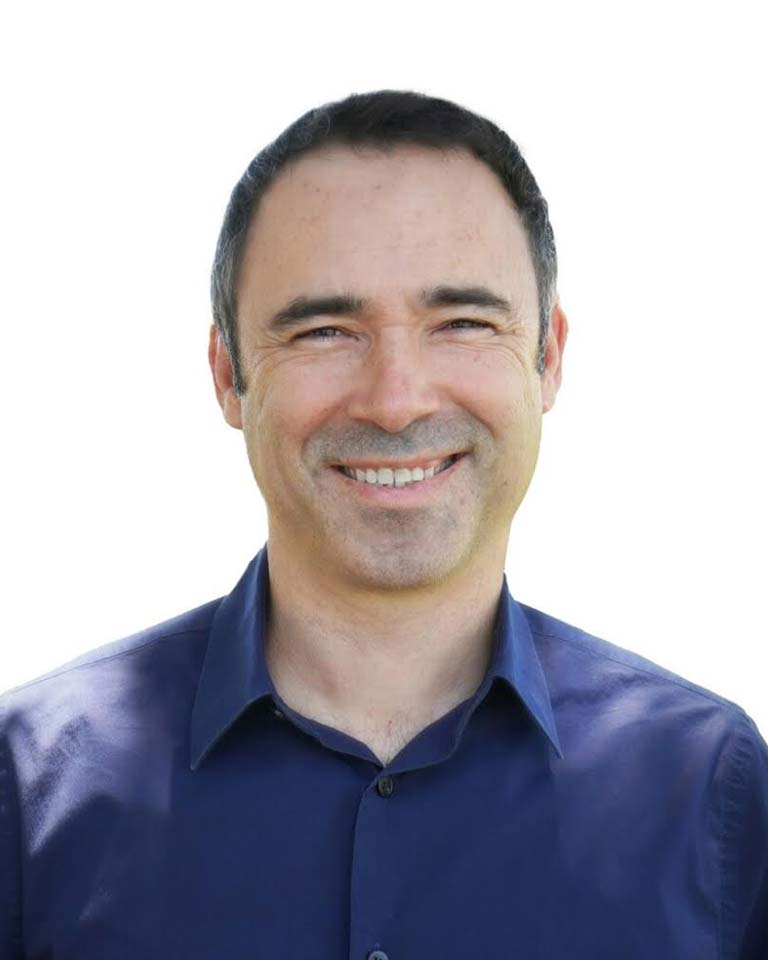 Ryan carries a revelatory grace that awakens believers to God’s original design of identity and purpose. As an apostolic builder, Ryan has traveled locally and internationally reforming mindsets in order to advance the Kingdom. He’s served in church leadership for over 25 years, equipping believers in the Scriptures, supernatural lifestyle, and prophetic ministry. Ryan, his wife Leslie, and 5 children live in San Antonio, TX.
Read More 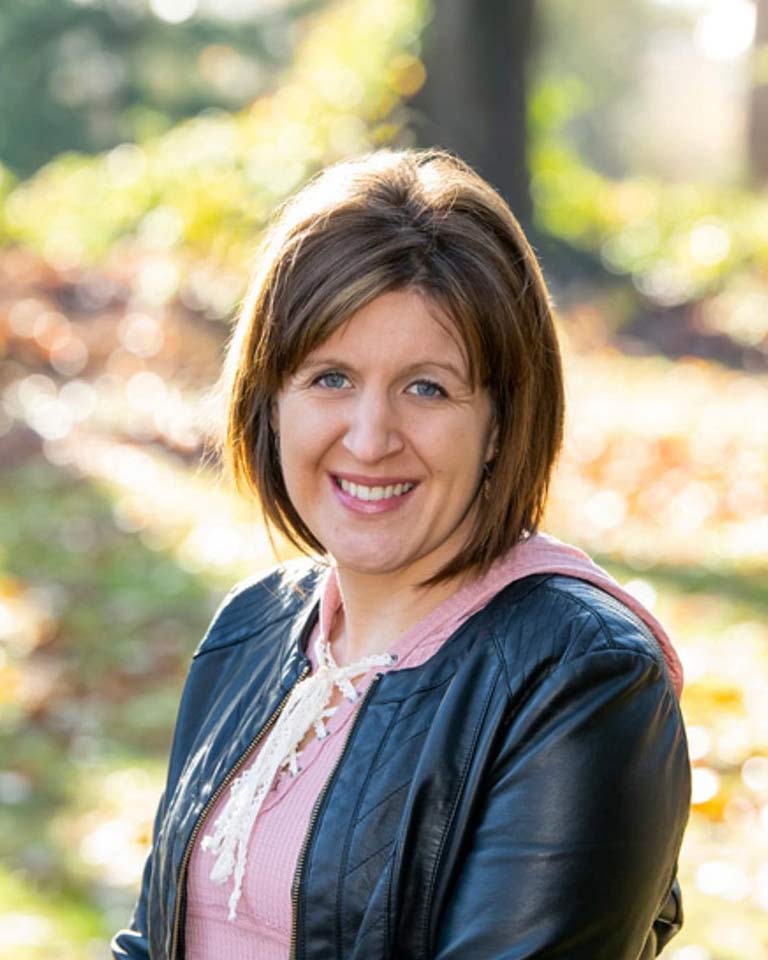 Julie Nowacki (No-Vahtz-Kee) a Licensed Minister with Renaissance Coalition and a member of Women In Ministry Network  honed her sought-after promotion skills through decades of discovery and work in the creative arts industry. Since the late 1990’s, she has worked in artist management for singer/songwriters, consulted with media companies and film producers, performed event planning for authors and speakers, coordinated travel schedules, and booked media interviews. She has performed stage coordination, communication coaching, and strategic planning to develop and deploy life messages. Through an extensive network of relationships and experience, she has become a premier creative catalyst — initiating the perfect pairing of companies, communicators, and causes to build sustainability. In 2016 she started Convergent Promotions to unite the Body of Christ and in 2018 partnered with a Licensed Professional Counselor to open up ElRod Center a creative arts and therapy center for kids in memory of her father-in-law Rodney Nowacki who took his life in October of 2016. In 2020 she was called into the Governmental space and was asked to help manage statewide and local political campaigns.

In 2021, she partnered with an educator to open up a homeschool co-op for children K-8 that focused on academics, creative arts and life skills.

Julie is a unique networking lightning rod. She is passionate about bringing Heaven to Earth through revival and reformation.

She has been married to her husband Wayne since 2004, they have one daughter Audrey Joy and live in Junction City, Oregon.

Connect with Julie at: https://convergentpromotions.com/ 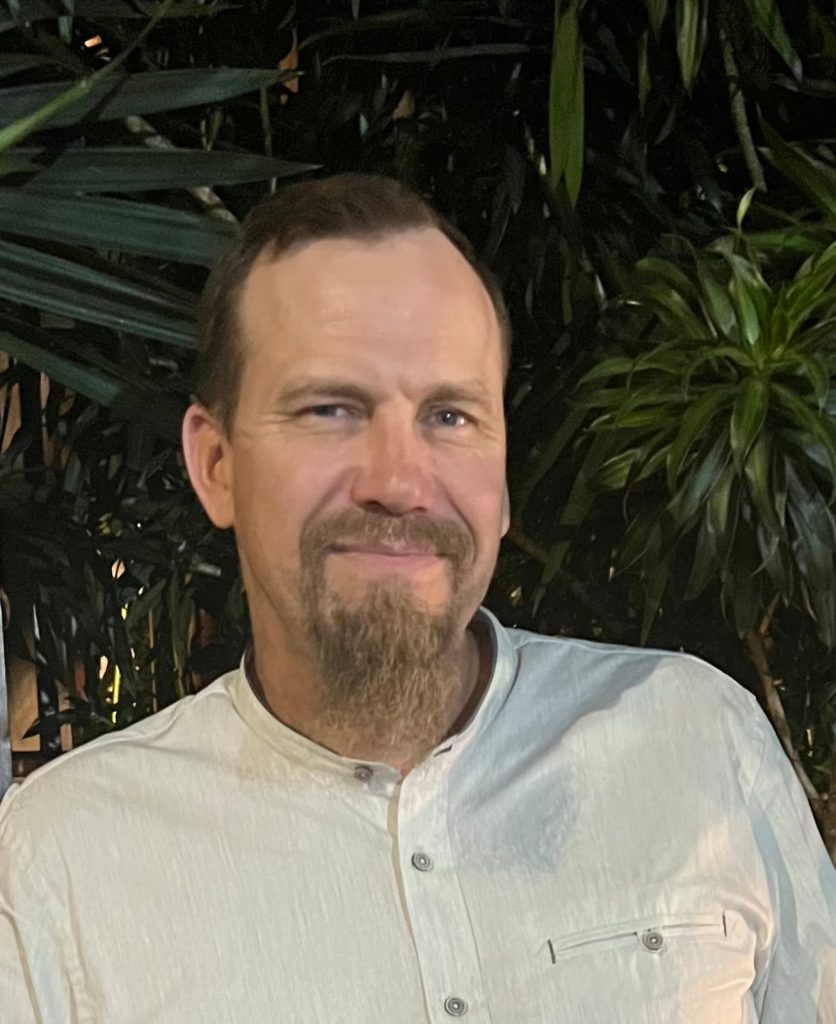 David Ramsay is an entrepreneur and visionary leader who carries the heart of a pastor. Whether serving in the marketplace, ministry or mission field, his passion is to build the kingdom of God on earth and empower others to do the same. David is especially passionate to equip future generations to walk in their God-given destiny. Together with a team, he leads a powerful ministry called, “Love and Fire Movement” which is dedicated to leading  revival in Latin America and reaching millions with the love of Jesus.
David, along with his wife Angelina and three children, reside in North Dakota.
Read More