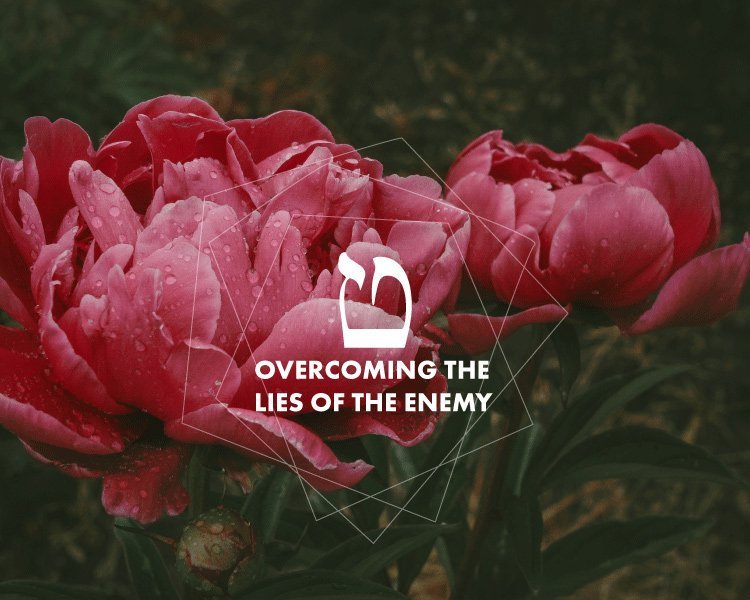 2019: Year of Overcoming the Lies of the Enemy

The Holy Spirit speaks to us through vivid imagery that can seem disturbing at times. When we take time to deconstruct the symbols within the vision, we often receive revelations that are much greater than mere words can convey. Recently, the Lord showed me visions that seemed disturbing until the deeper meaning was revealed through some research and study.

Our prayer group had been contending for a friend’s daughter who has been struggling with her identity. During prayer, the Lord showed me a vision of this young girl. I saw snakes on her head, intertwining with her hair, with their fangs biting into her scalp. Initially, the girl seemed oblivious to the snakes. Then, she ran her hands through her hair. Almost casually, she grabbed on to these snakes and began to pull them out of her head. She didn’t seem to be in pain and the process was rather simple.

Then, the Lord told me, “The enemy has filled her mind with the poison of his lies. Now, she will be free.”

Almost immediately, the Lord took me into a second vision. Jesus had a huge mason jar in front of him. He had a venomous snake in His hands and He was expressing the snake’s poison into the jar. There were many serpents around Jesus and He picked them all up and expressed their poison until the jar was full of venom.

Once the jar was full and all the snakes were gone, Jesus lifted the mason jar and drank the entire content of the glass. I was very disturbed and worried by the vision. Then, I heard the Lord quote this Scripture to me.

“They will pick up snakes with their hands; and when they drink deadly poison, it will not hurt them at all. They will place their hands on sick people, and they will get well.” Mark 16:18 (NIV)

The Hebrew year 5779 has the letter “tet.” This letter is also number 9 in Hebrew. Pictorially, tet is illustrated as a basket, a womb, and a coiled snake. A coiled snake is usually understood to be dangerous and something to be avoided. The symbol of the serpent is the most synonymous with the devil in the Bible. Believing the lies of the enemy have been equated with sin and brokenness since Adam and Eve fell for the serpent’s lies. The Lord connected these two visions to make the point that He has neutralized all the lies of the enemy.

In the natural, when one is bitten by a poisonous snake, an antidote needs to be ingested or injected within a very short period of time to neutralize the effects of the deadly poison. Each species requires a very specific antidote. Upon research, we discovered that an antidote is created when a host body is injected with the poison. The antibodies in the host’s body create a specific antidote to fight the poison. Once the host has developed an antidote that neutralizes the effects of the poison, blood is drawn from the host. Then, scientists replicate the formula from the host’s blood to create more antidote for other victims.

Jesus was showing me that He is the ultimate host. His body literally consumed all of the enemy’s venom. He is the host that has created antidotes for all that the enemy can use to hurt us. Our prayer group had been praying and taking communion when these visions came. I believe the body and the blood of Jesus were crucial to activating these visions so that we could receive revelation about what the Lord is doing for His children. As we partake of communion and meditate on the sacrifice of His body for our healing, a supernatural healing of our souls and bodies will be activated.

“He was pierced for our transgressions, he was crushed for our iniquities; the punishment that brought us peace was on him, and by his stripes we are healed.” (Isaiah 53:5)

This year, the Lord is highlighting the lies of the enemy that we have believed. When we host the lies of the enemy, he inhabits these places. The place we host his lies become a womb from which terrible sickness, insecurity, evil, and self-loathing are birthed. The lies that we’ve believed have stolen our joy, health, relationships, finances, opportunities, and destinies. When we identify these lies and break off the agreements we’ve made with the devil, the empty spaces become a pure womb for the divine destinies that God wrote in our scrolls before we were born.

Just like the young woman I saw casually gripping the snakes in her hair and casting them away without any adverse effects, we will also be able to identify the areas we’ve given to the lies of the enemy. Painlessly and easily, we will cast the lies away and receive full restoration.

This year, we will overcome the lies of the enemy and crush the head of the serpent! God will fill the places we cast out the lies of the devil with the truth of who we are. One of the keys to an abundant life is by cultivating a lifestyle of hoping in God’s promises. When the time of maturity comes, these promises will be birthed into fulfillment. As we continue to soak in the presence of God and partake of communion, supernatural release from addiction and pain will happen quickly. We will experience sudden turnarounds, miraculous healing, complete redemption, and divine restoration. We will know who we are in Christ and truly bring the gospel to the masses in never before seen ways. This is the year we overcome the serpent through the blood of Jesus!